Head to The Coasts...Both Coasts 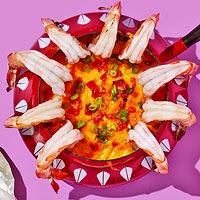 For this year's football parties...think of the coast. We have a special recipe that brings together the shrimp of the Pacific west, with the spicy tastes of the southeast coast!  Dana Bowen, who's the Executive Editor of Every Day With Rachael Ray Magazine stopped by Tonia's Kitchen to talk about a recipe for Shrimp And Grits Dip.  Dana told Tonia she uses boiled shrimp, along Tabasco sauce.  And you serve it in a fondue pot.  It's a Seattle-style treat, by way of South Carolina! 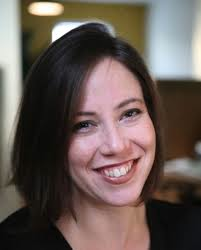 1.      Preheat the broiler. In a medium pan, bring the milk and 2 cups water to a boil. Whisk in the grits and cook, stirring, until thickened, about 5 minutes. Add the butter; stir until melted. Stir in half the cheese and half the pimientos.

2.      Transfer the grits to a fondue pot or other ovenproof pot; top with the remaining cheese and pimientos. Broil until the cheese browns, 3 to 5 minutes. Rim the pot with the shrimp; garnish with the scallions. 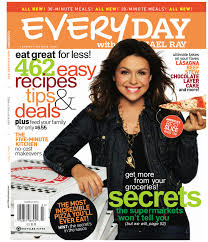