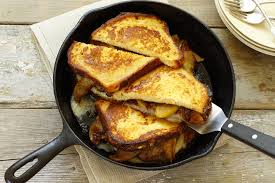 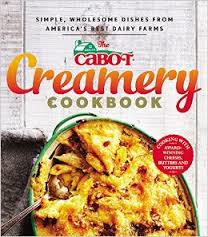 It's called the VER-MONTE Cristo (see what we did there?)Today we travel north to Vermont, to learn about an artisan cheesemaker take on a breakfast classic, French Toast.  But now we add the element of creamy cheddar cheese.  Margarita Martinez with the Cabot Cheese Creamery of Vermont came by Tonia's Kitchen to talk about their cookbook, appropriately named Cabot Creamery Cookbook and recipe in particular, the Ver-monte Cristo.  Essentially, its French Toast with sharp cheddar cheese, sautéed onions or shallots, brought together in a sandwich, topped with maple syrup and maybe served with sausage or ham.  It's both sweet and deliciously salty, quite the combination!