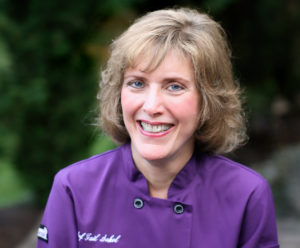 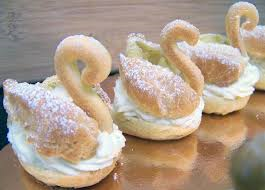 And just in time for Valentine's Day too! These cream puffs are delicious, simple to whip up and beautiful, because after all they're swans! Gail Sokol, who wrote the cookbook About Professional Baking, came by Tonia's Kitchen to talk about her delicious recipe for these swans that isn't hard at all. Gail told Tonia it's a one-pan deal with some very simple ingredients that you bring to a boil. Play with the dough and make these swans as beautiful as you like! 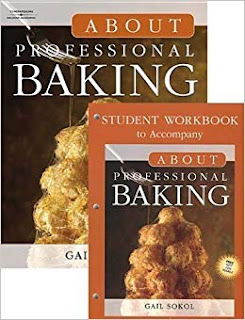 1. Preheat the oven to 425° F. 2. In a medium saucepan, bring water and butter to a boil. 3. Quickly add flour and stir with a wooden spoon. A ball of dough will form. Lower the heat and cook for about 1 minute while mixing constantly. Remove from the heat. Allow to cool for several minutes. 4. Add eggs, one at a time, mixing to incorporate with each addition. The dough should hold its shape. 5. Fill a pastry bag fitted with a large star tip with about 2/3’s of the dough. Pipe swan bodies spacing them evenly onto a parchment-lined sheet pan. 6. Using a small round tip and the remaining dough, pipe a neck and head for each swan body onto a different parchment paper lined sheet pan making extras in case of breakage. Bake necks in a 375° F. oven for 8-10 minutes or until lightly browned. Place cream puffs or swan bodies in a 425° F. oven for 15 minutes. Reduce the oven temperature to 350o F. and continue baking for 15 minutes or until the swan bodies are puffed, brown and crisp. Cool.
Stabilized Whipped Cream
3/4 teaspoon unflavored gelatin 1 1/2 tablespoons cold water 1 1/2 cups cold heavy cream 3/4 cup confectioners’ sugar, sifted if lumpy 1 1/2 teaspoons vanilla extract
1. In a small heatproof bowl, sprinkle gelatin over cold water. Stir and set aside. 2. Heat 1 inch of water to a simmer in a saucepan or skillet big enough for the bowl of gelatin to fit inside. Place bowl of gelatin into hot water bath just long enough to melt down the gelatin. Whisk in 1 tablespoon of the heavy cream just to cool down the gelatin. 3. In the bowl of an electric mixer using the whip attachment, beat the remaining heavy cream until soft peaks form. Gradually add the sugar, the melted gelatin, and the vanilla. Beat until stiff peaks form.
Assembly
1. On a cutting board, slice each swan body in half crosswise. Cut the top portion lengthwise to form two wings. Leave bottom part intact. 2. Fill pastry bag, fitted with a large star tip with cream, and fill each bottom with cream. Place one wing on each side and stick a head and neck on front of each swan. Dust with powdered sugar.